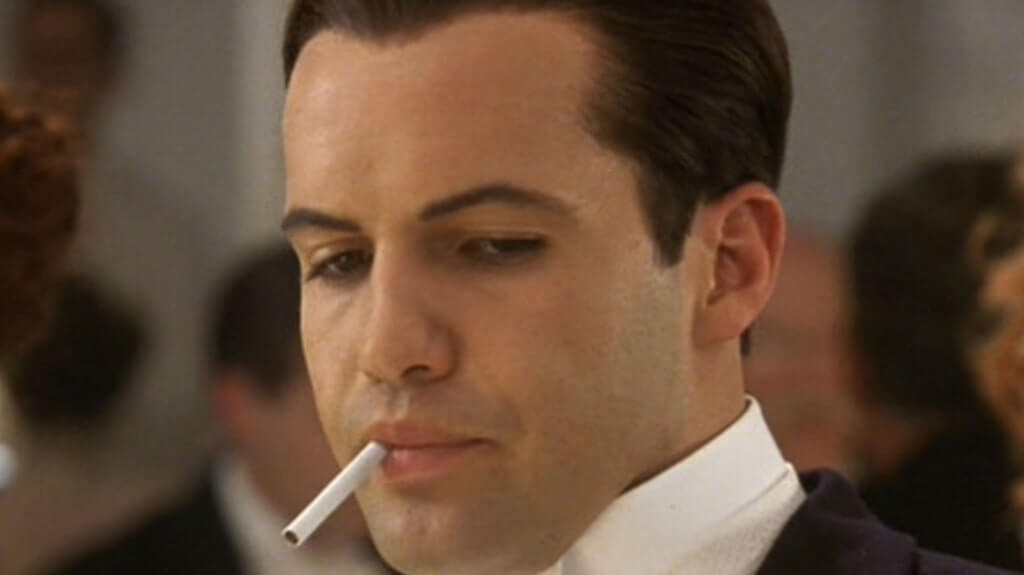 Billy Zane, also known as William George Zane Jr., was born on February 24, 1966, in Chicago, Illinois. Both of his parents were amateur performers, and his father also instructed medical technicians. His mother and father are from the Greek island of Chios, hence he has Greek ancestry. His parents altered his surname from Zanetakos to Zane. His older sister and he were both raised in the Greek Orthodox faith.

His sister is the actress and performer Lisa Zane. The majority of her filmography consists of small roles in early 1990s films and intermittent appearances on television series. He attended the prestigious Chicago Francis W. Parker School. He attended the Harand Camp of the Theatre Arts in Kenosha, Wisconsin, over the summers.

Billy Zane, an actor from the United States, has a net worth of $20 million. His portrayal of Caledon Hockley, Rose Hockley’s husband in the film “The Titanic” is widely regarded as his most notable acting role. In addition to “Back to the Future” and its sequel, “Back to the Future II,” he is most known for his roles in the films “Dead Calm,” “The Phantom,” and the horror film “Surviving Evil,” which was released in 1989. He has been on a wide variety of television shows, such as the series “Twin Peaks” created by David Lynch, the supernatural drama “Charmed” on CBS, the comedy-drama “Boston Public,” the mystery drama “Guilt,” and the dystopian British program “Curfew.”

Zane’s first marriage was to the actress Lisa Collins; the couple remained married for a total of ten years, from 1989 until 1995. After his divorce, he became engaged to the Chilean actress Leonor Varela, whom he had met while filming the television miniseries “Cleopatra.” Subsequently, in the early 2000s, he became engaged to the British actress Kelly Brook, whom he had met while filming “Survivor Island.”
In 2010, he began a relationship with the American model Candice Neil, and in 2011, the couple became parents to a daughter. In 2014, they welcomed their second child into the world.

Zane’s first film was 1985 classic “Back to the Future,” and his second was the 1987 science-fiction comedy “Critters.” At the beginning of his career, he made cameo appearances on “Murder, She Wrote,” “Matlock,” and “Crime Story.” He was picked for a supporting role in the 1989 horror thriller “Dead Calm,” starring Nicole Kidman. In the same year, he also played alongside Adam Sandler and Billy Bob Thornton in the critically panned film “Going Overboard.”

He played Match once more in the 1989 sequel “Back to the Future II.” He portrayed the lead for the first time in a feature film in the low-budget science fiction film Megaville in the 1990s. In 1991, he starred in the criminal romance film “Blood and Concrete,” and in the second season of “Twin Peaks,” he portrayed John Justice Wheeler.

The next year, he and Tilda Swinton starred in the film adaptation of the novel “Orlando” by Virginia Woolf. He played a prominent role in the 1994 crime drama “Flashfire,” and he was cast as the antagonist in the 1996 comic book action film “The Phantom.” “Titanic,” a 1997 disaster film directed by James Cameron, featured him as Rose’s fiance. His performance earned him nominations for the Best Villain MTV Movie Award and the Best Cast Performance SAG Award.

In the 1999 television miniseries “Cleopatra,” he portrayed Marc Anthony. In the 1998 animated television series “The New Adventures of Batman,” he voiced Batman.

Zane helped usher in the new century with roles in the television films “Sole Survivor” and “Hendrix.” Following these films, he starred alongside Ryan Gosling in the critically acclaimed film “The Believer” in a supporting role.

In 2001, he also appeared in Morgan’s Ferry, Boston Public, and “Zoolander” as himself. In 2003, he appeared in the horror film “Vlad,” and in 2004, he appeared in the comedy-drama “Silver City.” In the Broadway production of “Chicago,” he portrayed the lawyer Billy Flynn. In 2005, Zane starred in multiple episodes of the science fiction television show “Charmed.”

He portrayed a monster who adored poetry. In 2006, he participated in the Turkish film “Valley of the Wolves Iraq” and played a key role in the London West End premiere of “Six Dance Lessons in Six Weeks.” In 2007, he appeared in the children’s film “Fishtales,” and in 2008, he starred in the drama “The Man Who Came Back” and the heist comedy “Perfect Hideout.”

In the final years of the 2000s, he had recurring roles on both “The Deep End” and “Samantha Who?” In 2011, he starred in the action film “Guido,” the biographical film “A Green Story,” and the independent film “Electric Children” 2012. In 2013, he starred in the action film “Blood of Redemption” and participated in the horror film “The Employer” as a supporting character. He acted in the comedy “The Ghost of Goodnight Lane,” “The Ganzfeld Haunting,” and “A Winter’s Rose” in addition to the drama “Finding Harmony.”

What is the real name of Billy Zane?

What is Billy Zane doing currently?

RadioactiveGiant is a film and television production and distribution business run by Billy Zane.

Who does Billy Zane marry?

Is Billy Zane's Net Worth?

The net worth of Billy Zane is $20 million USD.

What is Billy Zane’s nationality?

Who is Zoe Roe? Know the net worth of Zoe Roe!

Who Is the Boyfriend of Zoe Colletti? Provide Relationship Information!