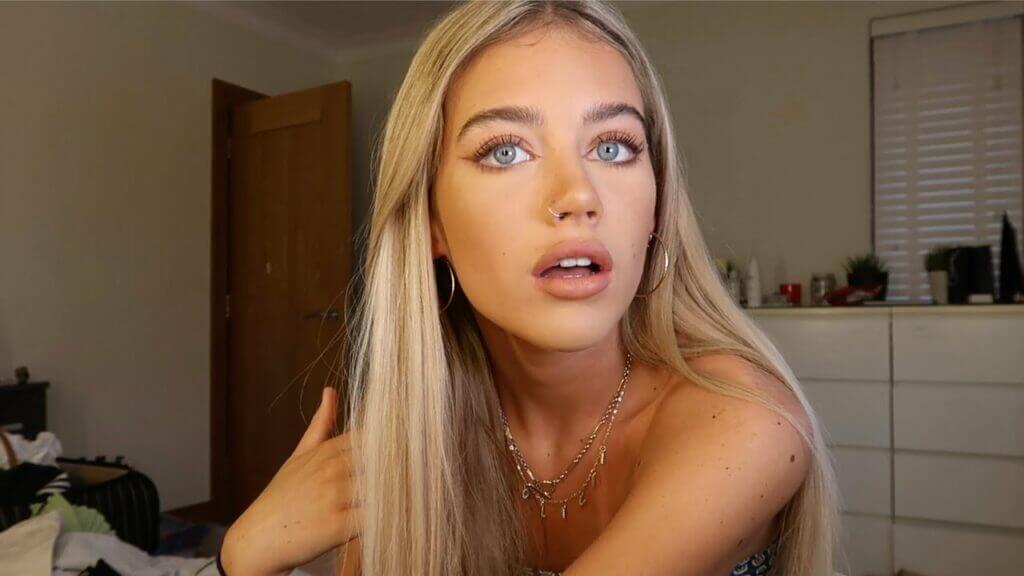 You may have found yourself curious about the Northern Irish social media celebrity’s romantic life. Here is a rundown of everything that has occurred in Olivia’s love life recently.

When you thought the turmoil between Flossie and Olivia Neill was over, whispers about Olivia’s purported new lover began to circulate. However, you must have some background information before we continue.

After the couple released a YouTube Original series and Olivia debuted a new podcast, many have believed that the entire separation was a publicity stunt and that they never genuinely broke up.

That was all until they uploaded images of themselves at Winter Wonderland together, despite not being together. However, did you observe Olivia’s companion Orlando, also known as the person who everyone believes is Olivia Neill

Who is Olivia Neill dating?

Currently, Olivia Neill does not have a boyfriend. According to our knowledge, Olivia Neill appears to be unmarried.
She apparently dated Orlando Giannini at the end of the preceding year. Orlando had recently moved to London, and everything seemed to fall into place.

On her podcast Inner Monologue with Olivia Neill, Olivia Neill announced sadly that their relationship had ended.

Who is Orlando Gianni?

Orlando Gianni is a multi-instrumentalist. Although he uses the name Orly Chorley on his social media accounts, we only know him by his real name, Orlando, when we interact with him in real life.

What happened with Olivia Neill and Orlando Gianni?

Olivia and Orlando were initially the focus of rumors in October 2021, when Olivia was spotted wearing one of Orlando’s sweaters. The contested jumper was a white-knit Ralph Lauren item that was apparent in one of Orlando’s Instagram photos during the month of July.

Olivia wore an identical sweater in a video she published on YouTube in October of that year, so it couldn’t be a coincidence, right? In the same video, some sharp-eyed viewers claimed to have spotted Orlando on Olivia’s phone screensaver.

In July of this year, Orlando consequently shared this photograph of himself with a buddy. Olivia’s white knit Ralph Lauren sweater, which she wore in a video she uploaded to her channel in October of last year, is identical to the one he is wearing in the photograph.

This is attributable to the Tattle Life posters, who uniformly declare that Olivia’s phone screen depicts Orlando. No one has confirmed or denied anything, but the fact that Orlando follows Will on Instagram clearly suggests they are acquainted.

A supporter of Olivia and Lewys submitted a video to TikTok, where it has earned more than 4,000 likes and 60,000 views. In the film, images from Lewys’ Instagram account from the night they all visited Winter Wonderland are displayed. Lewis uploaded a picture of Olivia seated next to a youngster wearing a camouflage jacket, and lo and behold, Orlando wears the same jacket in his own narrative.

Who is Olivia Neill married to?

What is the number of Olivia Neill's children?

Does Olivia Neill have an extramarital affair?

These details are unavailable.