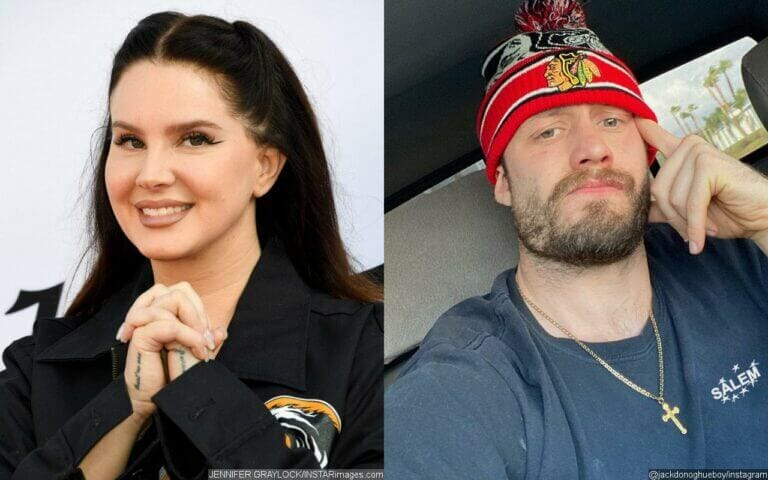 Jack Donoghue is also a singer. He is a member of the band Salem. Yes He Smoke Crack, the name of their debut EP, drew the attention of the New York Times. Jack Donoghue uploaded photographs of Lana Del Rey and her lover striking poses outside the Cook County Jail.

The artist has attempted to shield her private life from the paparazzi and does not post frequently on social media. However, it appears that Jack had other intentions.
He did not hesitate to show off his beautiful girlfriend and was keen to explain why they had posed outside the jail.

Who Is Jack Donoghue?

Jack is also a vocalist, much like Lana. He is part of the group Salem. The New York Times also took notice of their debut EP, Yes I Smoke Crack.

Jack disclosed in an interview with the publication that he and his bandmate John Holland had been composing music for over a decade. Heather Marlatt had previously been a member of the band, however, she has now decided to leave.

When their song began to play at Paris fashion shows, the band’s popularity began to rise. Jack has contributed to the production of Kanye West’s album Yeezus, in addition to writing songs for it.

The two musicians posed together in front of Chicago’s Cook County Jail in a pair of images posted on Donoghue’s Instagram on Tuesday, adding fuel to months-long relationship suspicions between Del Rey and the Salem band member.

“family visit,” Donoghue, 33, captioned the two images of the reported pair standing in front of the jail building – one selfie and one taken by someone else.

In February, he posted a since-deleted Instagram video of them attending a monster truck event, in which she addressed him as “baby.”

In May, Del Rey was photographed beside Donoghue at his birthday celebration; however, neither musician posted the images on their own social media platforms.

Sources confirmed to PEOPLE in December 2020 that Del Rey was previously engaged to singer Clayton Johnson, and they were apparently dating as recently as March 2021.

The 46-year-old police officer revealed the engagement news to The New York Times in March 2020, several months after her separation from Sean “Sticks” Larkin.

According to NY Daily News, Donoghue was thought to be dating Courtney Love in 2011 when the two attended a charity gala in New York together and clasped hands on the red carpet.

In a 2008 interview with BUTT magazine, Salem bandmate John Holland stated that he “hooked up a few times” with Donoghue, but a romantic relationship between the two musicians never materialized.

The 35-year-old Holland stated to the source, “Well, we’re extremely close.” “You recall Dopey from Snow White, right? He has a peculiar quirk in which he claims, “I’m not attracted to people I admire.” This type of individual appeals to him.”

Jack O’Donoghue is said to have a net worth of approximately $1.5 million.
It is estimated that Jack O’Donoghue makes anything from $ 1 million to $4 million dollars annually. As a result of his primary career as a rugby player, he has accumulated a considerable amount of fortune.