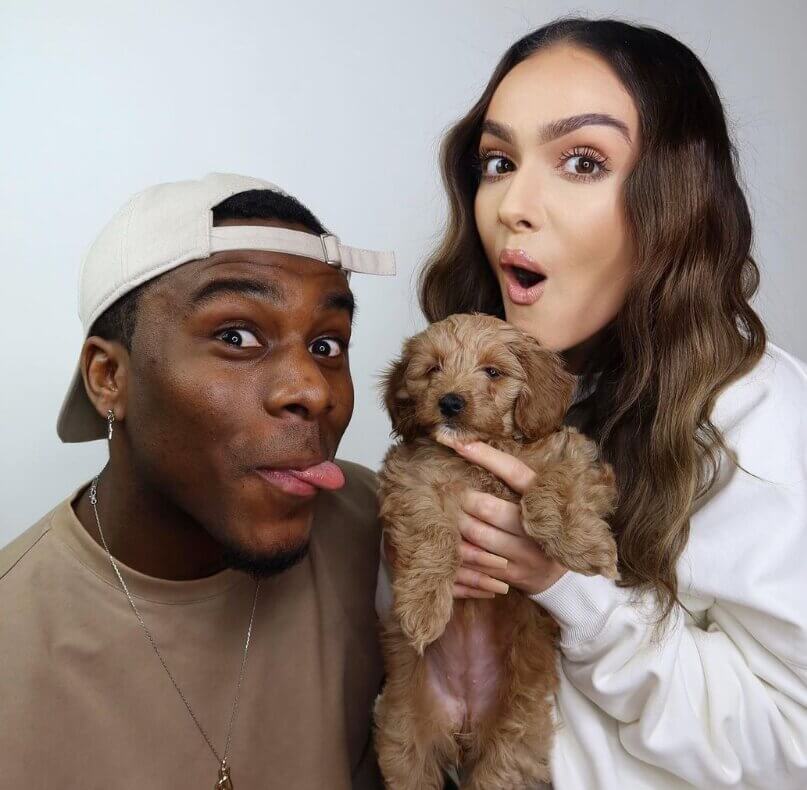 Luke Trotman, a Love Island 2020 cast member, has fueled suspicions that he has moved on following his breakup with co-star Siannise Fudge.

Luke posted a photo of himself being lifted by a very strong woman in the gym on his Instagram story with the caption “Strong as an ox.”
Fans will be surprised by the news, given Luke and Siannise adopted a dog named Nala just a few months before their separation.

Luke shared a series of photographs announcing the arrival of his new dog, Tequila, to which his famous friends quickly responded.

Luke is said to be single following his breakup with Siannise in late 2021, after dating her for over a year.

Although the heartthrob has never recognized the breakup in public, he has been working out and experimenting with his hair by cutting it short and dying it hot pink and bleach blonde.

Siannise recently stated that she is single when asked if the reports that she had moved on from Luke with model Chris Beviere are true.

She responded, “No, I do not have a new boyfriend, nor am I currently dating. I have no control over what others say about me online or in writing, but I can control my response. I am currently content with my single status unless I have publicly stated otherwise or indicated that I have a new partner.”

Recently, Siannise was questioned regarding her communication with Love Island contestants. “In truth, I am not! There is no reason; if I encountered someone from my season, I would always say hi and catch up, but everyone has their own priorities, and I suppose lockdown forced us all to drift apart. In any case, I wish them the best.”

Also Read: Who Is Mickey Rourke Dating? Know Her And Her Relationship

Their separation astonished their admirers since they appeared content at home with Nala. In the spring of the previous year, enthusiastic for what was ahead, they moved in together.

We completed the task! Siannise authored throughout this time period. “I feel so overwhelmed, this is something I have always wanted and it reminds me of how far we have both come. I’m excited for our next chapter in London and going on lots of adventures with my best friend, I love you.”
Siannise and male model Chris Beviere recently vacationed in St. Lucia, but she says that she is currently single.

She is currently caring for Nala, and she recently admitted she hasn’t communicated with anyone from the program in a while.

Siannise informed the audience, “I’m not truly in contact with anyone.” There is no reason for it; I would always say hi and catch up if I saw someone.

“Everyone has their own agenda, and I suppose lockdown causes us all to deviate. Despite this, I wish them the best of luck.

Luke Trotman is a prominent Reality Star who was born in the United Kingdom on June 4, 1997. He is most known for his appearance in the popular British reality series Love Island.
he has a prominent Instagram account with additional lifestyle, fashion, and travel-related posts. Astrologers have determined that Luke Trotman’s zodiac sign is Gemini.

His social media accounts are managed by members of his family. He asked Siannise Fudge to be his girlfriend on “Love Island.”